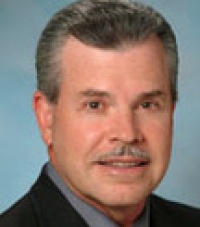 Physicians understand the key role of fully functional circulation / arterial function plays in all phases of health and wound healing. Dr. Robb brings a wealth of eclectic experience which culminated in his position as Chairman of M.D. Anderson’s Department of Plastic and Reconstructive Surgery for over 15 years. His department was among the largest reconstructive plastic surgery centers in the world, contributing in particular to microvascular surgery excellence with the advantage of being associated with the most renown cancer center in the world.

He has developed a world-wide reputation as an accomplished head and neck reconstructive surgeon with later prominence additionally as a breast reconstructive surgeon. His appreciation of low coronary arterial calcification (CAC), maximum cellular oxygenation, and high epithelial functionality was noted early in his career as a microsurgeon, dealing directly with blood vessel preparation and anastomoses throughout the body. Early on these insights into maximum local blood supply availability and perfusion culminated in the use of an EZTREK™ nutritional supplement precursor in patients to improve outcomes of overall surgical healing and quality of cutaneous wound scarring in a variety of surgical patients.

His undergraduate studies focused on mathematics and physics. He initially pursued a postgraduate PhD in atmospheric sciences at the University of Miami Rosenstiel School of Atmospheric Sciences for several years, and ultimately obtained an M.D. degree at the University of Miami School of Medicine. Clinically, then Dr. Robb became a U. S. Navy officer and did both a surgery internship and otolaryngology residency at the Naval Regional Medical Center, San Diego, followed later by a plastic surgery residency and microsurgical reconstructive surgery fellowship completed at the University of Pittsburgh School of Medicine. Later, Dr. Robb became the Chairman of the Plastic Surgery Department at the Naval Regional Hospital, Portsmouth, Virginia. He retired from the Navy in 1992, serving just under 23 years.

Dr. Robb has received numerous honors and awards both nationally and internationally, frequently associated with named lectureships. He was appointed to a variety of leadership positions at M.D. Anderson Cancer Center early on in his tenure there after retiring from the Navy, culminating with the Chairmanship of the Plastic Surgery Department.

He held a number of consultantships, including a prominent honorary breast cancer department chairmanship at the Tianjin Medical Oncology Center in Tianjin, China. He has contributed over 130 peer-reviewed original clinical and research articles to the plastic surgery and head and neck surgery literature. His CV also includes over 60 invited articles including editorials, and over 50 abstracts, 27 book chapters and 15 books.

Overall, Dr Robb has focused on the cutting edge of the vast number of clinically applicable spaces that involve specific plant-based lipids, accentuating the potential to significantly improve both the patients’ health as well as their quality of life.

Treatment of diseases and disorders of impaired ∆-6 desaturase / inflammation

Decades of Research With Precursors